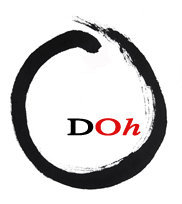 “I’m drawn to the serenity and balance in Japanese art. There is a spare and very deliberate use of line that read as utterly simple, but also incredible noble and heroic. It’s a kind of paradox that simplicity can be unbelievably rich.”

A deep longing for harmony and perfection moves the film-director, Art dealer as well as the collector, Didier Delville.

Didier Delville discovered his affinity for the East Asian Culture in Thailand when he was a teenager. On his many travels to the area and later by working with Asians, he developed a strong mental commitment and spiritual kinship. Japan was always on the wishing list to go. Today, it is a large part of a collection. His affinity refers to the philosophical-spiritual as well as aesthetic and artistic of the East Asian art and culture. He was impressed by the different approach to universal human and spiritual phenomena, the different attitude to transience and time and the limitation and concentration shown especially in Buddhism. This concentration of though, the importance of intuitive sensing (in contrast to the predominantly intellectual and rational approach of the West), the appreciation of silence, of omission and emptiness not understood in the popular European sense, but as a satisfying emptiness reflected in Japanese art and aesthetics strongly attracted Didier Delville and impressed him deeply. Emotionally.

As a result of this comprehensive love of the Asian culture he collected Japanese art since decades. His interests were broad. Didier Delville collected Japanese sculpture. He purchased simple monochrome vessels from the 12th century, the Khmer, scholar objects. In spite of diversity a preference for the meditative aspect of Buddhism, Taoism and Zen is clearly visible in his collection. He succeeded in collecting a Jizo Bosatsu from the Kamakura period. Furthermore a sitting Amida Buddha. A special benefit is another precious Jizo Bosatsu from Momoyama period. A white porcelain which resonated the ideals of Neo-Confusian teaching, aesthetic of purity and restrained elegance.
Each piece is placed carefully unfolding its aura and enhances its effect in the harmony of the collection.
There’s none of that mechanized, machine-made quality. Even thought it may be extraordinarily precise, you still perceive it has made by the hand of a man. And it involved a certain kind of acceptance. If the object has a knot or the glaze drip, it gets incorporated into the work and becomes a feature. Japanese art respect the character of a material, and it is not afraid to reveal the process. In fact, it celebrates it. Japanese art add a sense of breath and lightness in a interior.
The forms are so powerful that space around them seems to become charged with energy as well.